From 0 to startup in 5 episodes. Lesson #3: prototyping

We started from the problem and found an idea. The most is done, but now it is time to build a prototype to test and present our project. We’ve therefore arrived at the prototyping phase, that often seems insurmountable, but it is easier than what you think: it is enough to be well organized and to set ourselves weighted and concrete goals.

Let’s clarify from the beginning: we need to start step by step, dividing the larger problems into subcategories, using prototyping as a tool to increase our awareness and empirically study our idea.

In the development of a new service or product there are always many doubts about how this will be or how it will work, even within the same team. To help us resolve these doubts, the best tool is repeated prototyping aimed at validating or disproving hypotheses. The prototypes (especially in the initial phase) are intended to help us make decisions. A prototype is not built in the hope of transforming it into the final implemented solution, it is built to acquire the knowledge that will serve to create a better prototype, up to the final product or service, and beyond.

Now it’s time to prototype! But let’s start from the basis: what is a prototype? The term derives from the Greek protopos, that we could translate with “first model” (from proto, first and tipos, model). The prototype therefore is a representation of a product, of a service or system, or of one of its parts, that, even if in some way limited, can be used for evaluation or divulgation purpose. It is a first constructed example useful to test a concept or a process.

At the beginning, the prototype must be realized with minimum effort and through simplifications. This is one of the most important aspects, because in the prototyping it is necessary to be agile and ready for numerous modifications and updates. To obtain it with easiness, it also avoids to develop affection for an output, facilitating therefore the same evolution of the project. Moreover, it does not necessarily have to be a working system, often a simple mockup (a “fake” aesthetic model) can also be useful. The motto is “fake it until you make it”.

Why is it so important to prototype?

The reasons are explained here:

Prototypes can be available in different shapes, everything depends on the reason why they were created: made on paper, through simple sketches, created through drawings, illustrations, videos, 3D, render, functional prototypes and much more.

Some prototypes are developed only to represent or simulate the operation or appearance of the product, or service (such as during the development of APPs, websites, etc.). Some, instead, include a miniature version with full or partial functionality (3D printing, laser cutting, etc.).

The paper prototype, usually one of the first to be developed, is an example of a prototype created in the form of raw drawings and origami, with which it is also possible to simulate functional objects. 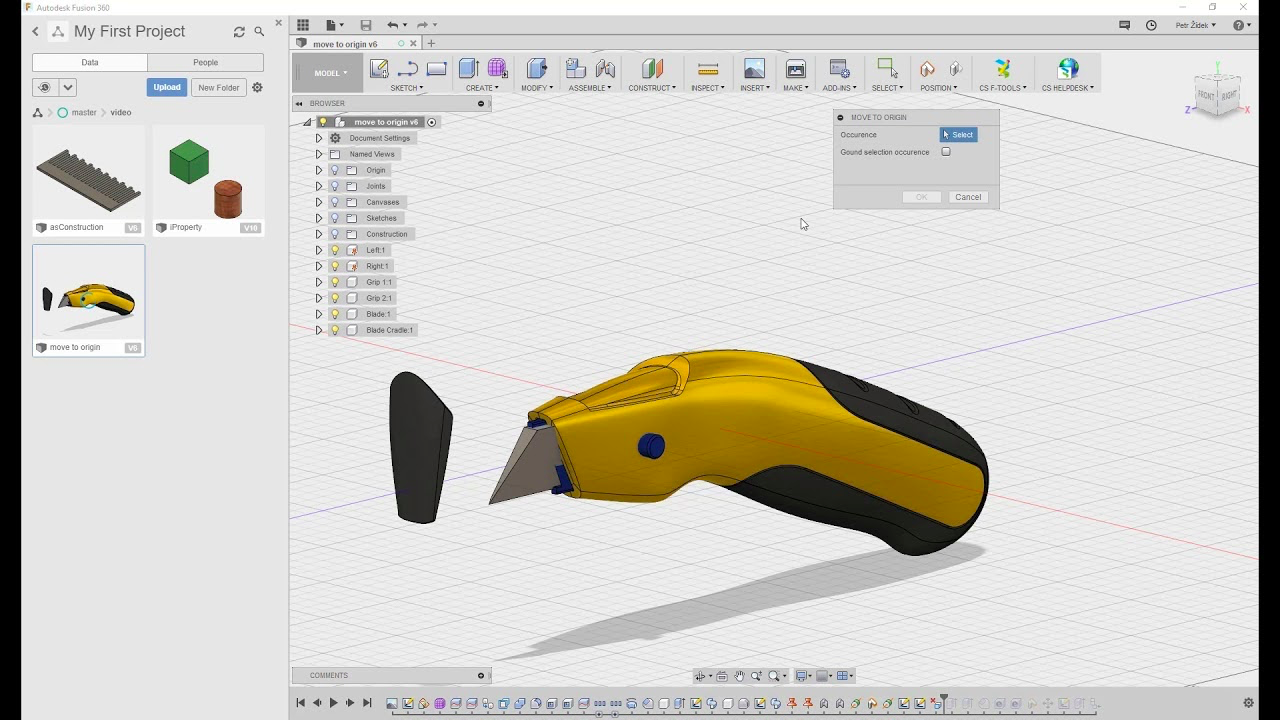 Making a prototype with digital fabrication is easy, fast and allows us to modify small aspects as we proceed with the design and to physically explore the product by manipulating and testing it.

Remember that “it’s good to fail”; don’t be a perfectionist at this stage, better to make a prototype more than to waste too much time on a detail, failing is useful to improve more and more. The degree of sophistication you need to achieve at this stage is an MVP.

In simple terms, the MVP, which stands for Minimum Viable Product, is an initial version of the product or service that includes only the minimum features needed to gather user feedback immediately. The MVP is therefore the “minimum functioning product”. The term was coined in 2001 by Frank Robinson, co-founder of SyncDev, to indicate the product with the highest ROI (Return on Investment) compared to the investment made.

To simplify things, let’s take the donut example, to get a first feedback from users on our donut, our MVP would be the third product starting from the left in this illustration.

In fact, the third donut possesses all the minimum characteristics required to affirm or deny our donut production thesis. Clearly, over time, the goal would remain to gradually implement new “features” until you get to a “complete” product that is the one represented by the last image in this sequence.

Basically an MVP can also be a simple youtube video, a landing page, a simple online service or a physical product with minimal features. The goal at this stage is not to solve the problem completely, but to understand if someone really cares about solving it with your solution and how to get there step by step. Each test cycle will give results that will serve in the iterative process to refine the product and bring it closer and closer to achieving the product market-fit.

Ultimately, an MVP is something conceptually very powerful for the startup. It is, however, at the same time, one of the most delicate aspects, because you are implementing an idea and a vision, with all the difficulties that result, especially in the correct interpretation of data.

Our journey towards the creation of a startup requires two more steps.

Meanwhile, continue to listen to the episodes of the Fail Forward section and subscribe to our newsletter here.